Main page » About us » News 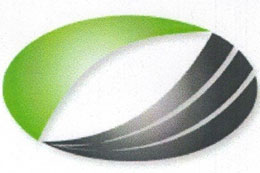 Legal Business Solutions Law Firm has protected business reputation of one of the leading engineering companies
OOO «SIE of V.V. Dokuchaev Soil Science Institute» is one of the leading companies in the field of engineering surveys ina construction industry. Highly qualified specialists, advanced equipment, necessary permits - all combine to execute works on engineering-geological, engineering and surveying, engineering-hydrometeorological surveys, as well as works on eco-design and other types of work on a timely basis and to the highest standard.

In the fulfilling of obligations under the contract, OOO «SIE of V.V. Dokuchaev Soil Science Institute» had slightly exceeded the time limit. The delay had been caused by the delay in providing necessary information made by the city archives, and the delay in the review and approval of a design documentation made by the Committee for Architecture and Urban Development, without which the performance of the contract would be impossible.

It is obvious, that the delay in the execution of the obligations under the Public contract had not occurred due to the Contractor's fault.
Nevertheless, the Customer withdrew from the contract unilaterally and sent the appropriate request to the Office of the Federal Antimonopoly Service in Saint Petersburg and put the reputation of OOO «SIE of V.V. Dokuchaev Soil Science Institute» at risk.

The well-timed appeal to the Legal Business Solutions Law Firm allowed to protect the companies` interests, to avoid the adverse consequences of the current situation. It also allowed drawing attention of the regulatory authorities to the fact, that customers openly demonstrate their lack of interest in the subject of the contract and ignore the provisions of the contract system on termination procedure in their efforts to terminate the contract with the «undesirable» suppliers. Moreover, the antitrust authorities must not pander to such public customers and include information about the executors of state contracts in the Register of Bad-faith Suppliers, depriving them of the opportunity to participate in public procurement for two years and the realization of its full potential as a business entity.

Joint stock company “Rostelecom”
The dispute of nonfulfillment of the state contract is won.
WON
LLC “ITTS” Skanex
The dispute under a state contract at the amount of 1,3 billion rubles is won.
WON
Joint stock Company “Mosoblgidroproekt” is a subsidiary company of Joint Stock Company “Rushydro”
We excluded it from the Register of bad-faith suppliers.
C-AIRLAID LLC
Was not included in the Register of bad-faith suppliers
CJSC «RosTehno»
We won in a dispute between CJSC «RosTehno» and the Ministry of Fuel and Energy of the Republic of Crimea in the Crimean FAS

They trust us
REVIEWS